After many years of illustrating and now writing picture books for young readers I was longing to try my hand at a larger canvas; to create a story of epic discovery and bring into the tale as many of my influences and interests as I could, and to have as much fun as possible. The “roots” of The Wixletree are in my early years in England. The class system in the U K in the 1960’s was pervasive, and in fact still is only in different forms. It was from these early experiences of noting the sometimes bizarre differences in class, influence, position, and power and the attendant status anxiety that this produced, that formed the basic idea for The Wixletree.

I have had the image of a great mysterious tree standing alone on a wide grassy plain in my head for many years. Ten miles wide at the canopy and inhabited by winged beings,three different “classes” who live in different parts of the tree, each are pleased to be in thier “place” and to perform thier alloted tasks. This is the only world they know. Many societies in the past believed that they were the centre of the world they lived in. The inhabitants of The Wixletree believe this to be so, and indeed they are convinced that no other colony exists beyond the roots of the great tree, that they are in fact alone on the Noadda Plain. To go against this deeply held belief, one risks banishment from the tree.

The Wixes live in the canopy, they are the aristocracy, a pampered silly lot whose style of dress hovers between Edwardian dandies and Japanese couture. The Bohks live in wasp like nests in the trunk of the tree. They are the poliitical class,rigourous defenders of the basic faith of the colony. Thier costumes are influenced by bleak Dickensian characters, rigid dark and cold, with a hint of calvinist gloom.The Nibs live amongst the roots of the tree. They are the artisans, musicians writers and dancers, who record the life and history of the tree in the great Wixlebooks. 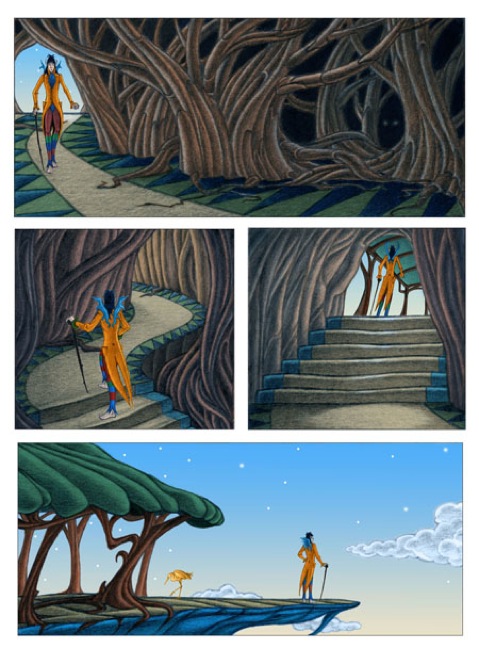 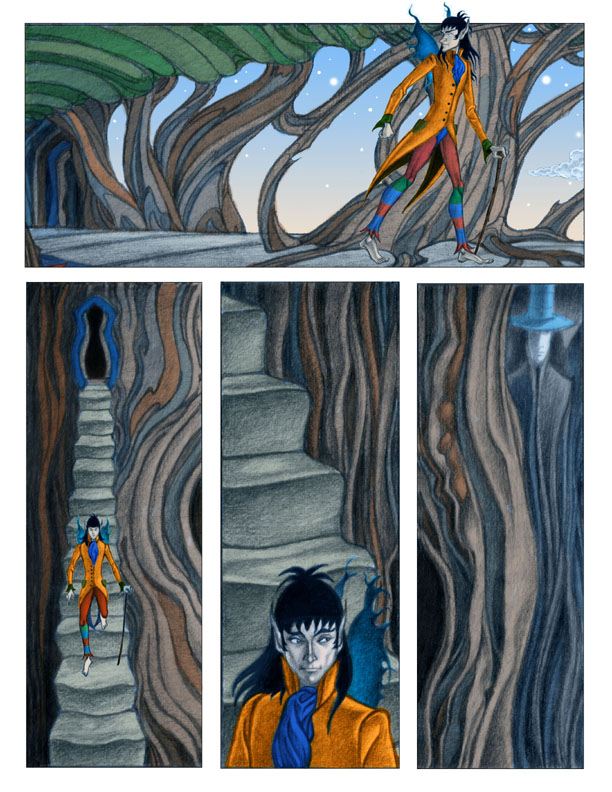